When Hope is Smaller than a Mustard seed

When Hope is Smaller than a Mustard Seed. 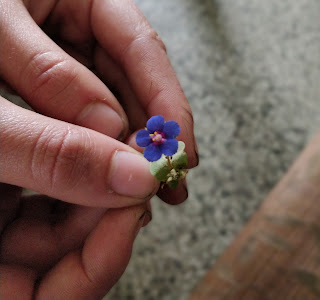 What I remember most about that day is that sense of dread coming over me all of a sudden. And then came a small twinge of pain. I was at a birthday party at that time and I quickly sat down, hoping it would pass. But then the pain increased. It came in waves, and I struggled to catch my breath when the pain was at its worst. A couple hours later I was sure of what was happening -  my worst fears had come true and I was miscarrying once again.  It was still quite early in the pregnancy, we'd only just gotten a positive on a home pregnany test a few days ago so we hadn't had a chance to tell anyone about it. But that's the thing with pregnancy loss, it doesn't really matter how early you are - the pain of that loss is just the same.

Popular posts from this blog 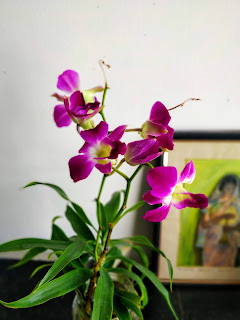 Precious Pregnancy Back in June 2022, on a Wednesday morning, my husband and I found out I was pregnant! We were both so overjoyed when that test came back with two lines to indicate this news. My mother-in-law was visiting us at the time and she shared in our joy.  But my joy was short-lived. Almost immediately my anxiety took over and I found myself in panic mode. You see, this was not the first time I had received a positive on a pregnancy test. The first time was July 2021. I was at the doctor's office to go over some unrelated test results and because I was a few days late getting my period that month, she had me take a pregnany test while I was at the clinic which immediately came back positive. I still needed to do a blood test to confirm, but I was over the moon! The next morning when the bleeding started and we drove to the ED that feeling was replaced with dread. 11 hours in hospital and we came home devasted - I was miscarrying. My doctor was encouraging; she said these
Read more

September 01, 2021
For t he past couple of weeks Phil and I have been talking much about adoption. It wasn't completely out of the blue as this is something we had talked about before we got married. But for something we've both wanted, we realized we know next to nothing about the actual process. As it happened, a couple of my friends are at different stages in the adoption journey and I've been witnessing with great anticipation and excitement as they move through the steps in the process. We're not quite ready to adopt yet, so I was a bit hesitant starting the conversation with anyone, in case it was misunderstood. But this past week my curiosity got the better of me as I broached the topic cautiously with a friend after doing some preliminary internet research. Unfortunately what I found left me feeling rather distraught. It seemed like there were too many obstacles in the journey if we were to look at adoption in Australia, and as we're no longer residents of India, adoption in I
Read more

pratsidickson
New Delhi, India
Life isn't fun if you can't have heated arguments and behave like a crazy person every now and then.